What is CBD and how does it affect us?

Cannabis – a word that stirs a lot of discussion and debate. But when we come to think of it, it’s just an herb, a plant that has been used for medicinal, religious, and trading purposes for decades. However, despite its historical merits, it is still considered controversial. Due to its psychotropic effects, it was declared illegal in the the 17th century US.

Fortunately, a series of major discoveries about the plant and its connection to the human body prevailed. In 1964, scientists from Israel were able to identify and synthesize the cannabinoid tetrahydocannabinol (THC). Soon after, other cannabinoids were identified including cannabidiol (CBD). Another milestone achieved was in 1988 when scientists determined that the mammalian brain has receptor sites that respond pharmacologically to cannabinoids. These cannabinoid receptors comprise the endocannabinoid system (ECS), a network of specialized protein molecules embedded in cell membranes that affect various homeostatic functions.

Since those discoveries were made, more and more studies emphasizing the therapeutic effects of cannabis have been conducted. These boosted the popularity of CBD oil, a component of cannabis that doesn’t have the same hallucinogenic and mind-altering effect as the whole plant. Today, following the legalization of some states, CBD is slowly making its way to the mainstream pharmacological world.

How does CBD work? 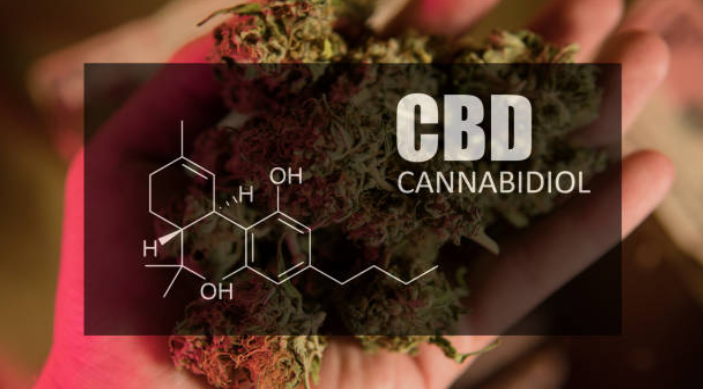 CBD is one among the 85 known cannabinoids in cannabis. It is often confused and mistaken for THC, cannabis’ intoxicating component that gives the feeling of being “high”. CBD, however, does not trigger the same effect. Rather, it has been proven to have numerous healing properties and it can counteract some negative effects of THC. In various studies, CBD has been identified as anti-inflammatory, anticonvulsant, anti-oxidant, anti-emetic, anti-tumorigenic, analgesic,
anxiolytic and antipsychotic. These properties make it a potential medicine for the treatment of numerous diseases.

CBD acts through the endocannabinoid system of the body. It also causes direct or indirect activation of various receptor-independent channels as well as different non-cannabinoid receptors and ion channels. These networks give CBD the ability to induce a variety of effects through multiple molecular pathways. CBD’s interaction with these channels has been the subject of extensive research in the field of pharmacology. One of CBD’s most documented attributes is its anti-inflammatory property. 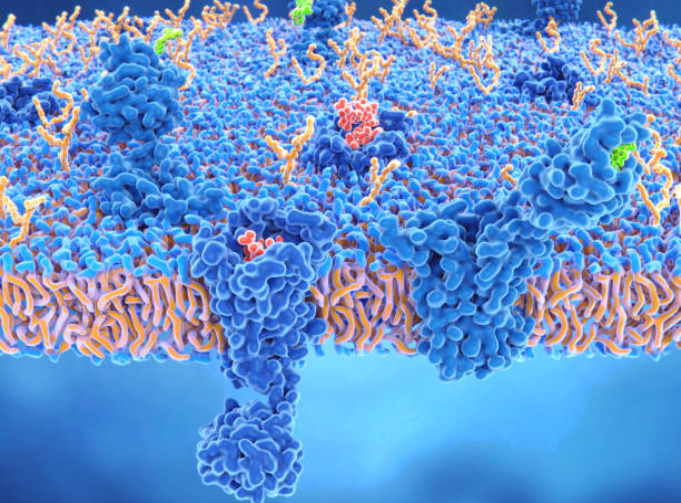 As we have emphasized time and again, inflammation is our body’s natural defense response to pathogens and injury. To a huge extent, we need it. However, on-going, systemic inflammation is implicated in the development of many chronic and debilitating diseases. Patients with gallbladder and gastrointestinal issues should be particularly worried about chronic inflammation.

There are a lot of synthetic and natural anti-inflammatories available in the market today but none of them work like CBD.

CBD counteracts inflammation via different pathways. It interacts with various receptors, hormones, fatty acids, and cell-signaling proteins, all to produce an anti-inflammatory effect. These may sound technical but it is good to know that CBD has more ways than one to reduce or manage inflammation in the body.

CBD can help patients suffering from gallbladder and gastrointestinal diseases by: 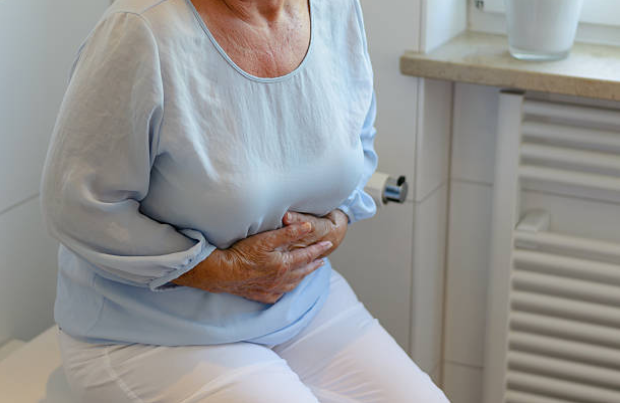 Leaky gut is a common gastrointestinal problem characterized by a variety of symptoms which may include inflammation, gas, bloating, abdominal pain, and fatigue. It is caused by the disruption of the gut’s tight junctions that are supposed to prevent the passage of toxic waste, undigested food, and harmful microorganisms into the bloodstream. Leaky gut may contribute to gallstones and the development of other GI diseases.

Although there is still no medicine that can instantly heal leaky gut, there are many things we can do to help our body heal itself. We usually recommend the removal of any possible aggravations such as stress and avoidance of common food allergens. Once that is done, there are a number of supplements that can be taken to allow the lining to heal.

One of the natural agents that can promote this action is CBD.

CBD decreases intestinal permeability by boosting the expression of a protein called claudin, which is responsible for cell-to-cell adhesion. CBD’s anti-inflammatory property also reduces intestinal damage mediated by a receptor pathway called PPARgamma. These mechanisms are beneficial not just for leaky gut patients but for those with inflammatory bowel diseases.

Patients with sepsis, Crohn’s disease, IBD, and BAD or bile acid diarrhea may also benefit from CBD’s ability to slow down gastric emptying and intestinal transit. Those with hyperacidity or GERD will also be glad that CBD has the ability to inhibit gastric acid secretion.

Cannabis is therapeutically famous as a pain-killer. That is why some patients with chronic pain or under palliative care are fighting to have access to it. Luckily, with the discovery of isolating the CBD oil, many individuals can now use it legally and without the euphoric effect of THC in cannabis.

Upon ingestion or administration, CBD is able to bind to vanilloid receptors in the body which are known to mediate pain perception, inflammation, and body temperature. This is one reason why some studies refer to CBD as antinociceptive, which means it can block the detection of painful or damaging stimulus by sensory neurons. This pain-killing effect lasts longer and is more effective than normal analgesics. Some CBD oil users even attest that the perfect dose of CBD can match the pain relief brought by morphine and oxycodone.

CBD’s anti-inflammatory effect contributes to the reduction of chronic pain since inflammation only makes it worse. CBD’s ability to increase the production and release of the happy hormone called serotonin also plays a significant role in managing pain.

The endocannabinoid system plays a central role in the neuronal control of food intake and energy balance. Since the ECS is made up of metabolic enzymes, it plays a crucial role in several metabolic functions like energy storage, nutrient transport, and insulin sensitivity. CBD can therefore aid in metabolism both directly and indirectly.

Aside from boosting metabolism by supporting digestion and gut health, CBD stimulates the genes and proteins that hasten the breakdown of fat. CBD has the ability to turn white fat to brown fat, decreasing the risk of diseases and potentially promoting weight loss. CBD reduces the expressions of proteins needed to create new fat cells within the body. It also helps burn calories quickly by increasing the activity of mitochondria, the powerhouse of our cells.

It is important, however, to note that overstimulation of the endocannabinoid system may result in opposite effects. Too much cannabinoid intake can boost the odds of developing metabolic syndromes such as obesity and diabetes. CBD oils with small amounts of THC may also yield a different metabolic effect as THC stimulates appetite and decreases satiation. 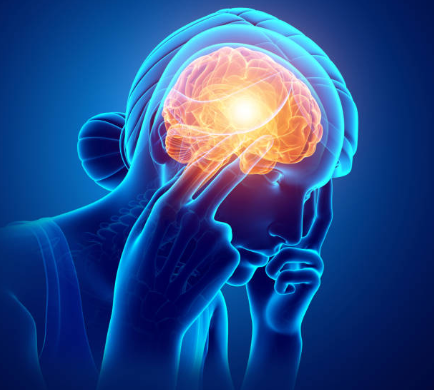 The good thing is that CBD supports brain health too!

CBD acts upon the dopamine, serotonin, and opioid systems in the brain. The dopamine system is associated with cognition and motivation while the serotonin system is related with mood and behavior. This is the reason why CBD administration can reduce anxiety, depression, and stress. Its ability to activate serotonin receptors make it a potential therapeutic agent for individuals suffering from addiction, PTSD, neuropathic pain, and negative symptoms of schizophrenia. CBD’s effect on dopamine levels also helps improve memory and focus.

For neuroprotection, CBD helps support cellular repair and detoxification. This can reduce the risk of developing age-related neurodegenerative diseases. For those with insomnia, and thus suffering from brain fog and lethargy, CBD also facilitates a deep and restful sleep.

CBD for the Immune System

CBD has a two-phased response in the immune system. Low doses have a stimulatory effect and high dosages can trigger inhibitory activity. Either way, it can be beneficial to different sets of people.

There are a few studies that show CBD’s effect against cancer and HIV. However, there is still much to learn about the ability of CBD to boost the immune system. At the moment, there is more proof of CBD’s anti-inflammatory effects, which in turn lowers the body’s over-active immune system. This is only good in cases where the body’s immune system has gone awry such as in autoimmune diseases.

As a potent immune suppressor, CBD is beneficial for patients with lupus, arthritis, Parkinson’s, and multiple sclerosis, among others. 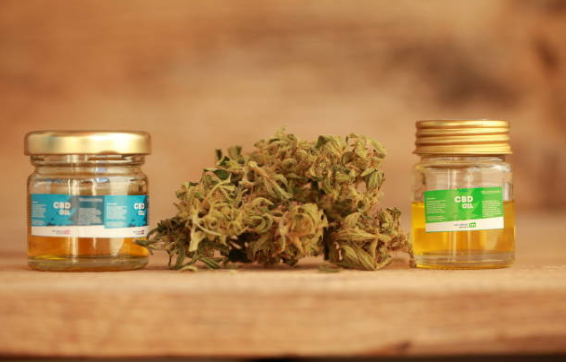 CBD Dosage and Side Effects

Numerous studies validate that cannabidiol is well tolerated and safe in humans even at high dosages and with long term use. Its safety and compatibility with the human body has a lot to with it being a naturally-occurring compound within the endocannabinoid system.

With regards to dosage, it is difficult to quantify what amount is enough or too little. There is a massive discrepancy in the amounts used in studies, from as low as 10 mg to 1300 mg. There are also different qualities and levels of concentration among CBD oils which makes it difficult to set a standard. It also doesn’t help that the FDA still hasn’t recognized CBD as a supplement or a prescription medicine.

Find the best products for you